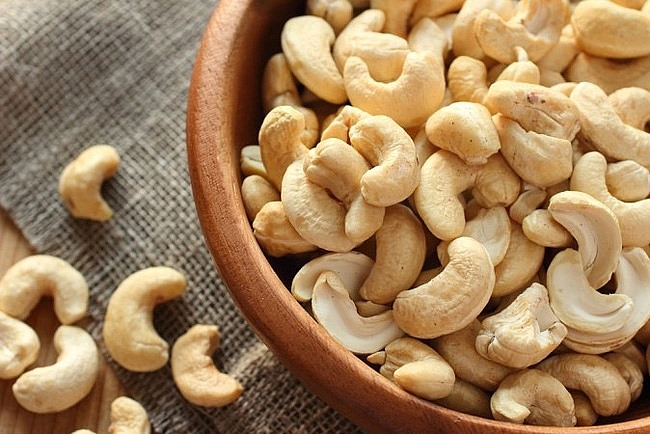 Cashew prices are sitting much lower than they were at the same time last year. - Photo congthuong.vn

According to traders, the prices are still going down and there is no sign of an imminent recovery, reported congthuong.vn.

Trần Hữu Hậu from Vinacas said prices have increased slightly from the record low in late February of VNĐ20,000-24,000 per kilo for fresh cashews because processing facilities temporarily stopped producing cashews during the Tết holidays.

Nguyễn Văn Tuấn, the owner of a cashew farm in Bà Rịa-Vũng Tàu Province, said the price of cashews in his province is higher than in other areas due to their better quality and convenient location. However, the price of fresh cashews at the farm dropped to VNĐ29,500 per kilo from VNĐ32,000-33,000 at the beginning of last week.

Now that it is the harvest season, many farmers are worried they will face pressure from traders to reduce prices even further, he said.

According to the association, domestic cashew output is only about 400,000 tonnes while the annual demand of domestic enterprises is about 1.5 million tonnes. The cashew processing industry has depended on imported materials to meet demand.

If factories import large quantities, the price is expected to reduce further on the domestic market, Cầm said.

Global price reductions are due to oversupply, with many cashew-producing countries in the middle of their harvest seasons including Việt Nam, Ivory Coast, Nigeria, Benin, Mozambique and Ghana, according to the Ministry of Industry and Trade’s Export Import Department.

The average export price of Vietnamese cashews in the first two months of the year was $8,197 per tonne, 20.1 per cent lower than the same period last year, according to the General Department of Customs.

Việt Nam exported 47,700 tonnes of cashews in the first two months of this year, earning $390.9 million. Exports increased by 4.2 per cent in volume but reduced by 16.7 per cent in value year on year.

The Export Import Department expected prices to recover in the long term. In the second quarter of 2019, global prices are likely to recover due to increased demand in China and some other countries.

The department also expects prices this year to be higher than in 2017 and 2018.

According to the International Nut and Dried Fruit Council, the demand for cashew nuts this year is expected to increase from April 2019 and be stable until the end of the year. – VNS